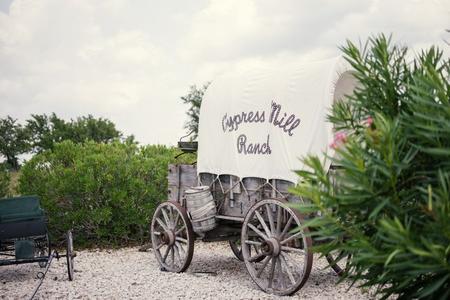 Indian Cave
On the ranch, about a 15 minute drive from the main house, is a cave that is host to several Indian rock paintings. As seen in the pictures below, all of the paintings are what researchers call “red monochrome style.” Most rock art sites exhibiting this red style around central Texas and the Lower Pecos have similar traits – human figures often have exaggerated fingers and toes, humans are painted facing front and animals are most commonly pictured in profile.

In many of the rock art sites around Texas, there is a presence of the “red pictures” along with the elements of the bow and arrow. Such elements of hunting have led archaeologists to believe that this style of rock art emerged during the Late Prehistoric Period around 800 A.D.

Most of the human hand prints found throughout Texas are also dated to this same period. As you can see, examples of all of these are found in the cave located on the ranch. What sort of dyes could possibly have lasted the centuries? University of Texas researchers have visited the cave to try to determine the red material used to make these paintings. The answer has eluded these experts and remains a mystery to this day.
The Maples are interested in preserving such a historic treasure and have installed a locked gate to prevent outsiders from defacing the rock art. In 2009, the Texas Historical Commission designated the cave as a State Archeological Landmark.
Ranch Architecture
O’Neil Ford leaves his mark on Cypress Mill Ranch
(Coming soon!)